Subscribe to our newsletter for 10% off your first order! The sisters who built SIS4ERS Distillery 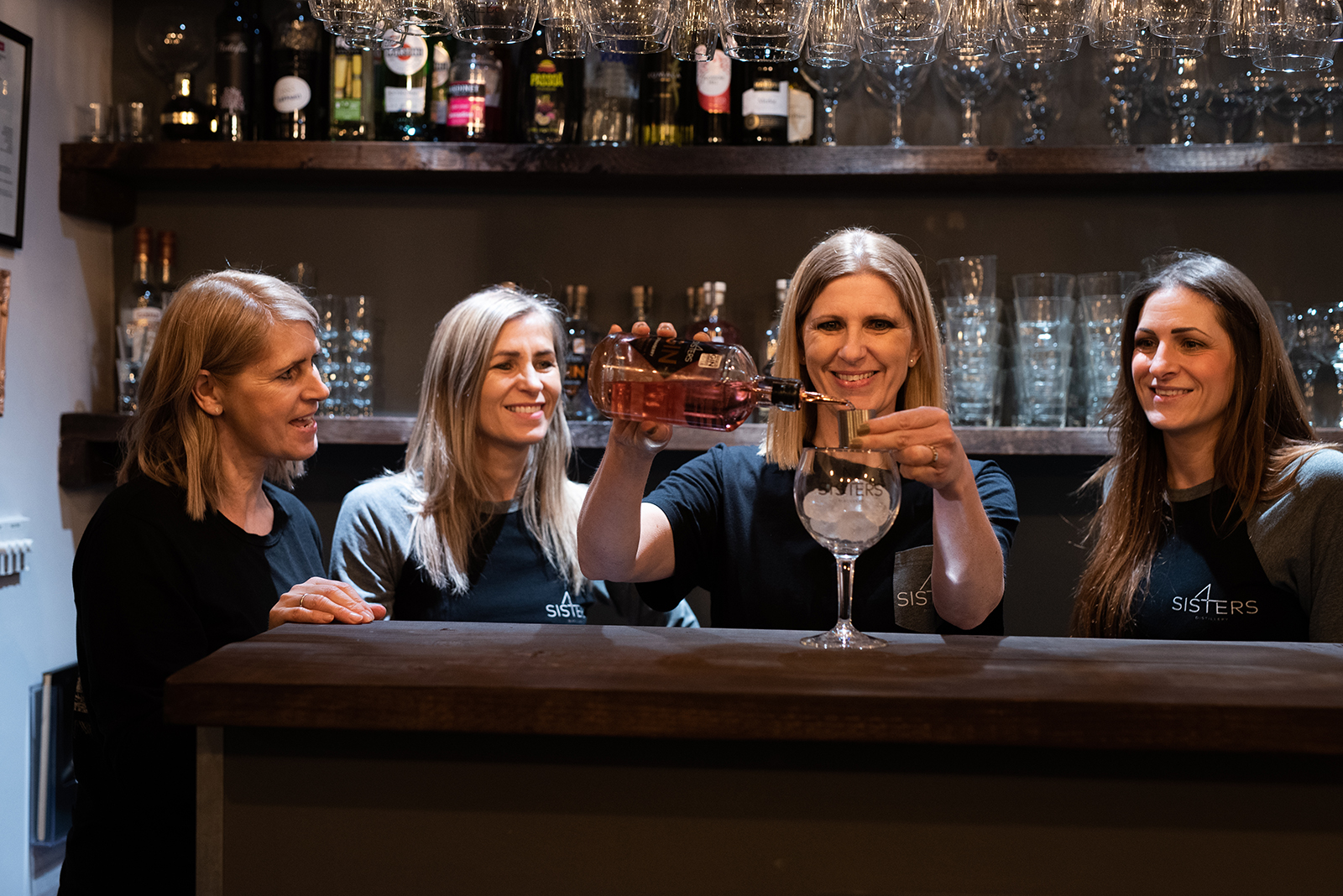 The power of sisterhood/brotherhood has been touted in both life and art as a quality which can help achieve greatness – and the team at Sis4ers Distillery in Salford knows a thing or two about it.

Founded in 2017 by the ‘McAvoy sisters’ Kerry Collins, Hayley Robinson, Kate Haslam and Lucy McAvoy, the distillery has made a name for itself locally and nationally with its range of gins. Now the ‘sis4ers’ are branching out into the world of rum, with their new spiced rum set to go on sale in early April.

When they set up Sis4ers Distillery, the women were lucky enough to have some craft beverage knowledge in the family. You may have heard of the Seven Bro7hers Brewing Co in Salford. Yep, you guessed it: all 11 founders of the two businesses are related. In fact, they believe they’re the biggest group of direct siblings operating in the alcohol industry in the world (although the Guinness Book of World Records declined to give them the official title).

Lucy, Sis4ers Distillery’s sales and marketing director, said, “The brothers were about three years ahead of us. I had an events management company at the time and they approached me to help with their first crowdfunding campaign. That gave me an insight into what they were doing.

“We thought joining the brothers in the same industry would not only give us a great story, but we would have a bit of a springboard into the industry at the same time because the brothers were starting to establish themselves and we would have had a lot of experience to gain from them… but we didn’t want to step on their toes.

“Spirits was obviously the next best choice to craft beer, and in 2017 we were going through a real gin resurgence. It was also our mum’s favourite drink.”

The McAvoy sisters initially started distilling in a room at the back of their brothers’ brewery, but have since moved on to bigger premises on the same industrial estate in Salford.

They set out with a goal to launch a core range of five gins in the first 12 months: a London Dry-inspired signature gin and four flavoured expressions, one to match the personality and preferences of each sister.

Sis4ers’ Signature Gin was designed around two trends that were particularly noticeable among the growing cohort of younger gin drinkers: the desire for a smooth sippable spirit, and mixing potential.

The flavoured expressions are all made to their own recipe, rather than using the Signature Gin as a base. The Strawberry Gin is for ‘sweet-toothed’ Kerry; ‘ethereal’ Hayley inspired the herbaceous Lime & Thyme Gin; the Caramel Espresso Gin is for coffee lover Kate; and the Passionfruit & Cardamom Gin was designed for Lucy’s love of Asian flavours. As Lucy explains, “Although we’re four sisters and we love each other, we have very contrasting personalities.”

Alongside this vibrant core range, Sis4ers Distillery is big on limited editions. Its back catalogue includes a passionfruit and ginger gin made in collaboration with Salford Pride, apple-flavoured and chocolate and orange-flavoured seasonal gins, and the ‘Home at Ten’ peach gin released in 2020 to raise funds for the charity Let’s Talk.

Next month will see the distillery launch its first non-gin spirit: Four Sisters Spiced Rum. It uses a Caribbean-inspired, UK-made rum which is blended with spices and vanilla. The team has adapted the packaging to make it more sustainable, including using a wooden stopper and replacing the plastic tamper seal with a shrink capsule. To honour the all-female team behind it, the rum’s label features Amphritite, the goddess of the sea.

Lucy said, “We are really excited about the spiced rum and we know that it is coming at a great time in terms of the profile of rum in the UK. I was speaking with a buyer the other day and his eyes lit up when I mentioned the rum.”

During the Covid-19 pandemic, the sisters have given over some production capacity to making hand sanitiser, focused on online sales of their gins, and moved their events online (including some joint beer and gin tastings organised with Seven Bro7hers).

Sis4ers events manager (and Kerry’s daughter) Nina Collins says they plan to relaunch in-person tours and tastings as soon as they’re able, dependent on the easing of lockdown restrictions. Virtual tours and tastings will be gradually scaled back, until demand for in-person events stabilises.

Meanwhile on the product side, Lucy says the distillery plans to bring its rum production in-house and start making its own vodka, which will then form the base for its gins. To facilitate this, they have placed an order for an automated Holstein still to accompany their traditional copper pot still. With the capacity to make their own neutral spirit in place, the sisters really will be doing it for themselves.

Subscribe to our newsletter for 10% off your first order and to be the first to hear about exclusive news, events and offers.

Sign up to receive 10% off your first order, exclusive offers and the latest news on our range and events. We wouldn't be a responsible business if we didn't check your age!

By entering our website you must be over the age of 18.

Your cart is currently empty.